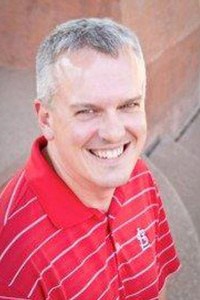 As the son of Dr. David Danner, Dr. Michael Danner always knew he wanted to be a dentist. With that goal in mind, he attended Monmouth College as a member of the Class of 1991 and later the Indiana University School of Dentistry, graduating in 1995. After dental school, Dr. Danner joined the U.S. Navy, where he completed an Advanced Education in General Dentistry Residency in San Diego before a three-year deployment at MCAS Iwakuni, Japan. After completing his service in 1999, Dr. Danner and his family moved back to Pekin so that he could practice with his father. Dr. Danner remained in the active reserves for several years after moving back to Illinois, serving with the Air National Guard in Peoria until 2004.

Dr. Danner resides in rural Tremont with his wife, Julie, and their three children, Abbie, Jacob, and Ellery. Away from the office, he enjoys spending time with his family, fishing, hunting, golfing, and playing racquetball. Dr. Danner also serves on many committees at his church and plays guitar in the church band. Provided is a picture of his dad, Dr. David Danner, and Michael in his favorite dinosaur shirt!